Welcome to the page of the Royal Family of Akropong

The history of Akropong and his royal family .

Emblem :The coat of arms of the Kingdom

The Republic of Ghana is named after Medieval Ghana Empire of West-Africa.Ghana was the title of Kings who ruled the empire.It was controlled by Sundiata in 1240 AD.
Some inhabitants of present day Ghana had ancestors linked with medieval Ghana,with common Akan names.First recording of Ga State in 1510,followed by Asona dynasty.
From the 15th-19th century the Akan people dominated gold mining trade,arts and craftsmanship is well known.Akwaipim and Akropong kingdom states with enthronement of the Akan/Akyem King in 1773 to the throne of Akropong.
In modern day Ghana the Akan’s (Akyems and Ashantis) remain the most dominant population (49.1%) with great emphasis on Akropong & Ashanti Kingdoms.All the chiefdom’s serving as counties,report directly to King respectively.The previous kingdom of Dahomey derives from Ghana,all ancestors of King Behanzin,therefore are distant cousins to the Kings of Ghana (Southern Ghana) 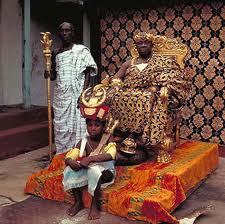 The current King of Akropong-Akuapem Ghana :

Nana OSEADEEYO ADDO DANKWA III
A graduate from the University of London and an economic advisor for the Ghanaian administration, The King of Akropong holds for the last sixteen years the “sacred seat” of the Akuapem-Asona, one of the sixteen major clans of the Akans. To his right, his “spokesman” carries the royal emblem, the elephant, a remembrance that his kingdom was founded by force.
In 1733, Akwamu launched his army against the city-State of Akropong, which had been spared from the Ashanti conquests. To defend itself, the city called upon soldiers who liked war, the Akim, and who are also the hereditary enemies of the Ashanti. Akropong was saved, and as a reward, the chief of the Akim was enthroned as the King of Akropong. 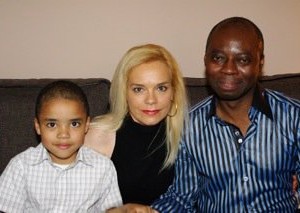 Prince Samuel Opoku Akuffo Buxson studied business Administration and later on paging technology electronics in Cambridge United-Kingdom.
He worked several years with Philips Electronics and now working in Sales Administration with the Research Laboratory and Pharmaceutical Company Biocodex in France,specialized in the sector of epilepsy amongst others.
He is married to princess Catherine,Isabelle,Sophie Buxson and has a son prince Dorian born in Paris in september 2004,and a daughter princess Jade Athenais Helena Buxson born in october 2014 in Suresnes. 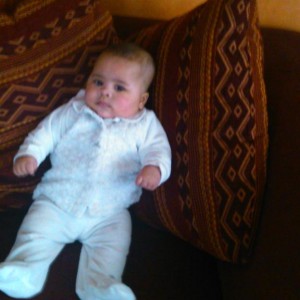 This site makes reference only to my immediate family members and records,and not to the extended Akuffo family.

DETAILS OF CURRENT HEAD OF THE FAMILY

© 2022 Association Unity of African Nobility
Back to top