Biography of the prince Jean-Barthélémy Bokassa


Jean-Barthelemy Bokassa , the First grand-son of the Emperor in the castle of the imperial family Bokassa, Grand Chavanon Sologne.

Jean-Barthelemy Bokassa was born on August 30, 1974 in Bangui (capital of the Central African Republic). He is the son of Jean-Bruno Dédéavode and Martine Bokassa and the first grand-son of Jean-Bedel Bokassa, president of the Central African Republic (1965-1977) and Emperor (1977-1979).
At the age of five years , the military operation Barracuda orchestrated by France, puts an end to the rule of his grandfather.
A year later, with his grandmother Hue, Jean- Barthelemy joined his mother at the Hardricourt castle.
His family moved to Nancy where Jean- Barthelemy continued schooling without problems before going live in Corsica where he passed his A-level (Baccalauréat) . Jean- Barthelemy remain very attached to Corsica, its culture , its history, its landscapes. Nevertheless, he joined the capital to pursue business studies at Paris -Dauphine.
Meanwhile, thoroughly pursuing knowledge of his native language ( Vietnamese) in Oriental Languages.

He has been living in France since 1980. He is the author of several essays and a first novel.
Essays and novel
Jean-Barthélémy co-wrote three tests with Olivier Keravel , two on his family and his story, about what he calls ” castors.” . Finally, it is the author of a first novel.
Les diamants de la trahison
This first attempt at historical published in November 2006 at Pharos Editions . For this first title, Jean- Barthélémy Bokassa orientates a historical perspective , that of his family ( his great- grandfather , head of land,and to  his uncle, Jean- Serge Bokassa , current Minister of Sports of the Central ) and that of the Central African Republic, largely embedded in the history of France . According to an article in Corse- Matin ( dated 27 December 2006) , the author dedicates his book to his mother, Martine Bokassa . He states including ” Jean- Bedel was not an angel but it was not the monster that was described after his fall .”
Comment epouser un millionnaire : le guides des castors
In this essay published in 2008 , both humorous and caustic , Jean- Barthélémy Bokassa center about the ” castor”, ” these people from modest social background, trying to introduce high society in pretending to be part of the strip for better
Saga Bokassa
In this book, Jean Barthélémy answers, facts and figures to support sixteen questions relating to the history of his grandfather and which form the sixteen chapters of the book published in April 2009.
Erika Flynt ou le recit d’une metamorphose
This is his first novel (November 2010) . He takes the theme of ” castor ” developed in his second trial, it applies to a central character, Erika Flynt .
For more information see at : Jean Barthélémy Bokassa at wikipedia and his blog at : Jean Barthélémy Bokassa’ s Blog

Some photos of the prince Jean-Barthélémy Bokassa ‘s family 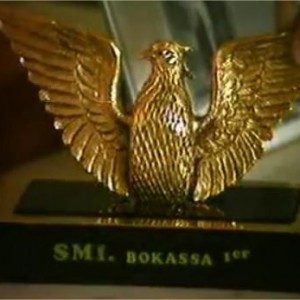 The imperial eagle, symbol of the imperial family of the Centrafrique. 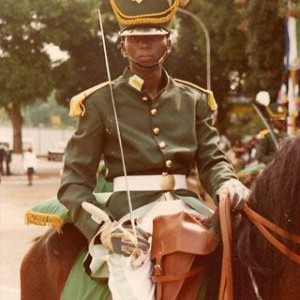 Soldier of the Imperial Guard. 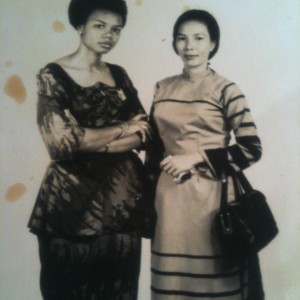 My mother Martine Bokassa (First daughter and second child of the Emperor) next to her mother, my grandmother – Hue Nguyen Thi Ba (First wife of the Emperor – married to the Emperor in 1950, Saigon )

My uncles and aunts and me in the imperial carriage the day of the coronation, December 4, 1979. 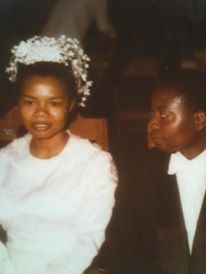 My mother Bokassa Martine and my father Jean-Bruno Dédéavode on their wedding day, January 30, 1973.

© 2022 Association Unity of African Nobility
Back to top